I have completed the shooting, processing and notes for Assignment One and submitted them to my tutor today.  The following includes extracts from the notes submitted plus a few other comments and the selection submitted.


The images have been created over a two month period from 25th February 2012 to 24th April 2012.  All are taken within approximately ten minutes walk of my home, in keeping with the assignment title ‘Your own neighbourhood’.  The outings have all taken place between around 10am and 17.30pm, and I have deliberately worked in varying light – dull/overcast and brighter sunlight – though in the latter case I have not worked in the middle part of the day when contrasts can be very harsh


I’ve done the submission a shared Dropbox folder, the first time I’ve used that approach (seems appropriate for this course!).  I’ve also gone a bit overboard on the submissions, I suspect, uploading TIFFS and High Quality JPEGS.  I shot over a hundres images in total, at about 40 different ‘locations’; but from that I pulled out 35 images for a ‘long-list’.  In line with earlier comments on here about this assignment,  I have tried to allow the personal, emotional reaction to motivate my original creation of images and to inform the selection of these 35 ‘best’ outcomes.  There is some variety of style in the 35 – again, a deliberate attempt to not restrict myself.


However, when making the final selection from the 35, I have sought to achieve greater consistency, and several images didn’t make it for that reason.  There are some obvious themes, such as the stone and the moss; but also, perhaps, ideas about history, brokenness, makeshift, decay, man & nature.  I think some images might be reminiscent of the landscape work of Jem Southam, which has always interested me, but they also relate to the George Shaw’s paintings that I discussed earlier. There is a deliberate order to the images, based loosely on three ideas – a degree of narrative progression; a degree of light progression (not entirely consistent, but present nonetheless); and an element of rhythm in the orientation (portrait/landscape).


I decided against the use of text.  First and foremost, I didn’t feel comfortable with the quality of the words that I had come up with in the earlier post on here – a bit too much like greetings cards, as I said at the time.  With a lot more work and thought, the idea could work, but it seems excessive to pursue it further on this assignment, so I have worked with a more straightforward photographic sequence.  Here are the images. 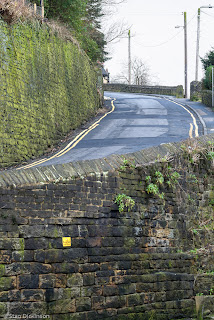 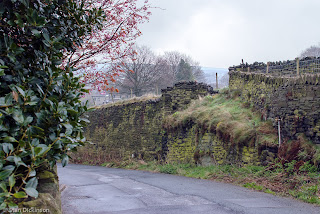 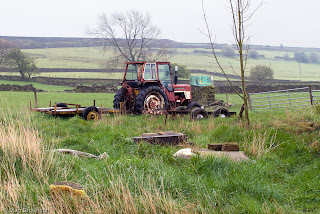 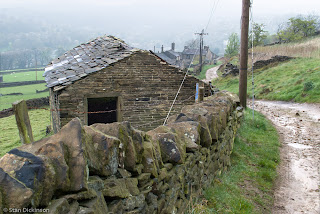 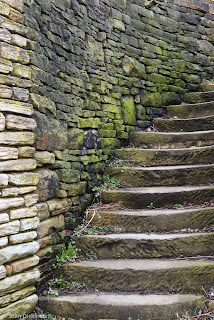 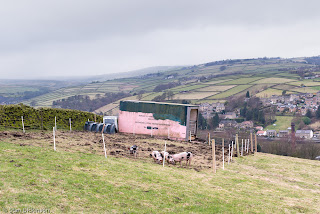 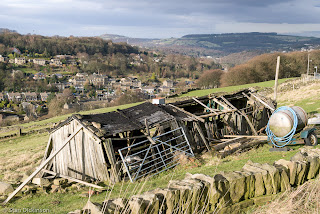 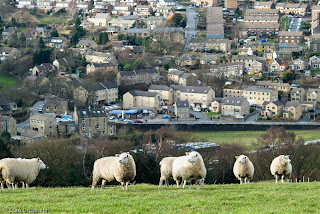 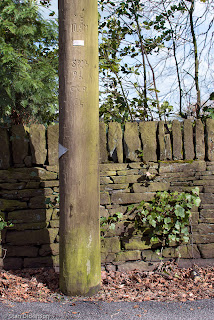 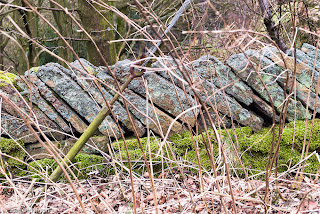 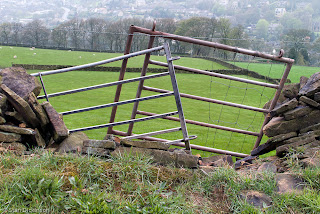 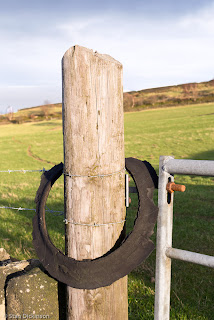 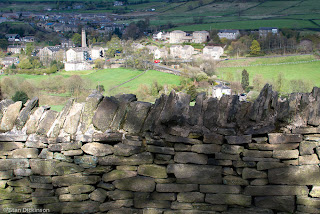 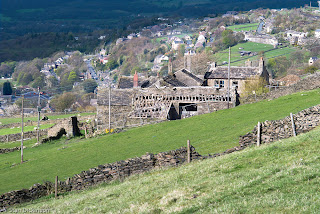 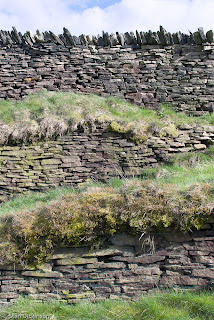 Overall, I am pleased with the outcome and satisfied that it does represent a personal but interesting and accurate reflection on the immediate neighbourhood in which I live.  Of course, if I had set out to document the character of the area in its broadest sense, then it would have been a different set of images, with more people and events, for example; but I see stone, dilapidation, history, ruggedness, absurdity, survival, adaptation, and that is what I have tried to represent.  Man is present in every one of these images, even though there isn’t a single person actually shown.
I still have plenty to learn from the technical point of view and some images might benefit from further processing and/or may have been done better at capture.  Perhaps fifteen is a lot of images to submit and I should have edited further.  I did, actually, but came back to the fifteen that seemed to tell a more thorough story. So, generally, a satisfactory outcome but there is scope for criticism in the detail.
Posted by stanOCA at 12:14

Email ThisBlogThis!Share to TwitterShare to FacebookShare to Pinterest
Labels: Assignment One